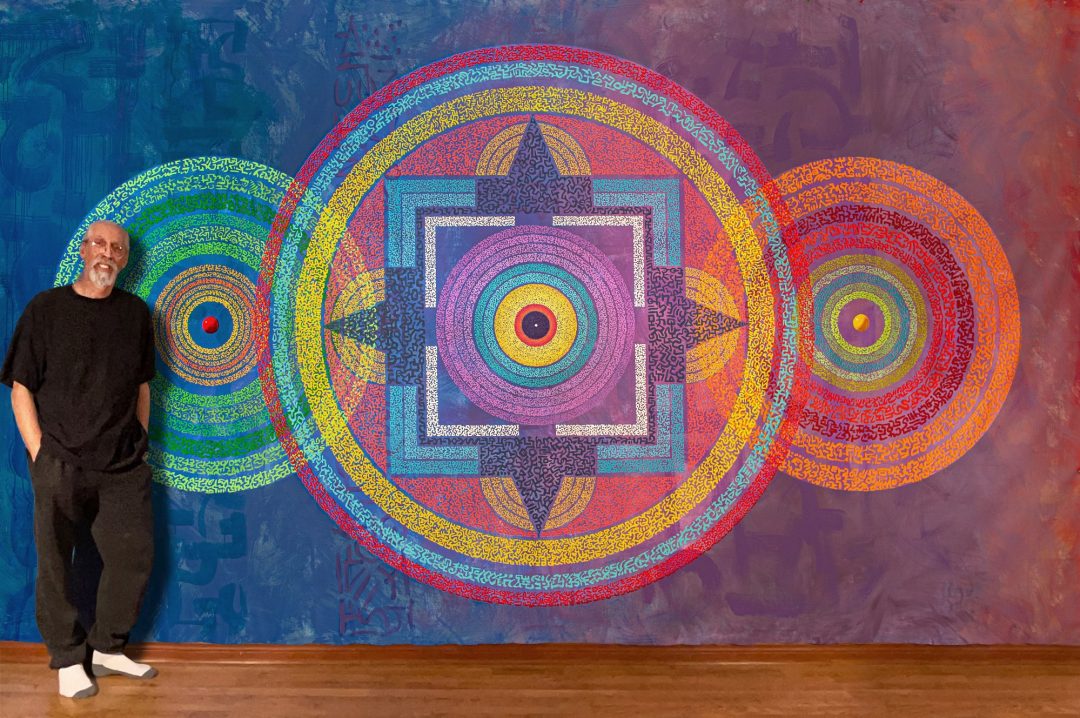 Carlos Grasso, an Argentinian native, is gaining notoriety for his “Mind Tapestries” series, his immersive installations and his previous “Canvas Deconstruction” paintings, also known as his “shredded” series. He has spent over 45 years abroad in France and the United States, where he has not only transitioned from a professional musician to a full-time artist, but also moved from representational art (which he studied under master David Leffel) to abstraction, mixed media, installations, and conceptual art.

In his studio in Ojai, California, one can find torn canvases, found objects, and disproportionately large brushes – the tools of an inquisitive and imaginative mind. With these, Carlos weaves a variety of stories and employs a range of techniques.

Throughout the years, Carlos has exhibited his work in numerous museums and galleries, including the LA Art Show, The Museum of Ventura County, The Santa Paula Museum, Ojai Valley Museum, Art Share L.A., OCCCA (Orange County Center for Contemporary Arts), Building Bridges (Santa Monica, LA, Bergamot Station), and the San Diego Art Institute. His collectors can be found all across the United States.

In his own words:

“I usually greet collectors, curators and visitors to my studio with a “welcome to my playground!” My art requires the essential element of play, whether designing my own colorful modern mandalas on paper and canvas, cutting and shredding painted the canvas by hand, or assembling found objects on textured panels. The more I get out of my own way, the more creativity flows unobstructed and strangely enough, the more I control my medium.

Artists—in all branches and disciplines—are the preeminent voice of both the collective and the individual unconscious. Art brings to the surface, to our awareness, all the processes that run deep, embedded, and often silently ignored within. As the ancient philosopher once said, “the unexamined life is not worth living.“

Click on the image below to read the article at The Huffington Post
by Los Angeles Art Critic Shana Nys Dambrot about Carlos Grasso's work in 2015.